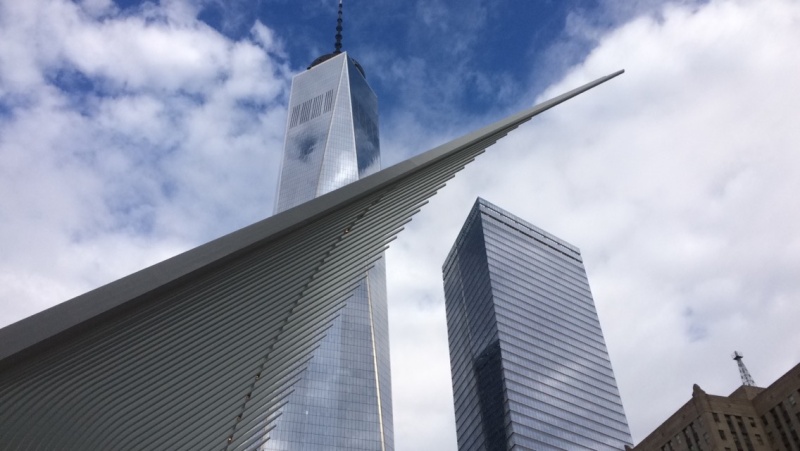 I am back in the city that I lived in for almost 7 years.  A city of hustle & bustle….a city that never sleeps.  Since I decided to move back to the mainland from Oahu, I knew that I wanted to spend some time at home in Illinois (which I did), but I also wanted to come back to NYC for a bit.  I missed my friends and the city life (not to enough to move back, but enough to visit for a month).  Also, I feel like I appreciate it more now that I have been away for a while.  When I left, I was a jaded New Yorker.  Now I’m a refreshed, calm, happy yogi.  Don’t get me wrong, I still have my moments when I get pushed or bumped on the subway or the sidewalk, but now I catch myself getting angry or upset and tell myself to let it go.  I also try to be more aware of my surroundings than i used to be.  I try to pay attention….even smile at people.  This is a city full of people taking conference calls, having personal conversations, and constantly texting as they walk down the street.  Does anyone just look at what’s around them anymore?  We all have our moments, but being present is so important.  Even just acknowledging that you do it is a start.  Notice when you stare at your phone for too long and take a moment to be present and ditch the electronics.

When I lived in NYC previously, my go-to yoga studio was always Yoga To The People.  Yoga can be extremely expensive here and YTTP is great because it is donation based.  The suggested donation is $10, but you give what you can.  I think it is so important to have studios like this because it gives EVERYONE a chance to do yoga.  The classes are usually pretty packed, but the energy in the room is so good.  They have great teachers and they usually do a pretty standard vinyasa class with options for different levels.  They encourage different kinds of breath including making noises or vibrations on the exhale.  It’s really cool and I think it helps to release stale energy.  And sometimes you can’t help but laugh when some of the noises just get ridiculous.  Being in such close quarters at this studio can be a test of patience.  Last class I took, the guy behind me was dripping sweat all over the top of my mat.  I’m not a total germophobe, but it REALLY grossed me out and I didn’t have a towel to wipe it off.  I think it took away from my practice a little bit because I couldn’t stop focusing on it and I was trying to avoid stepping or laying in it the whole time.  It was definitely a nice challenge for my focus and patience though. 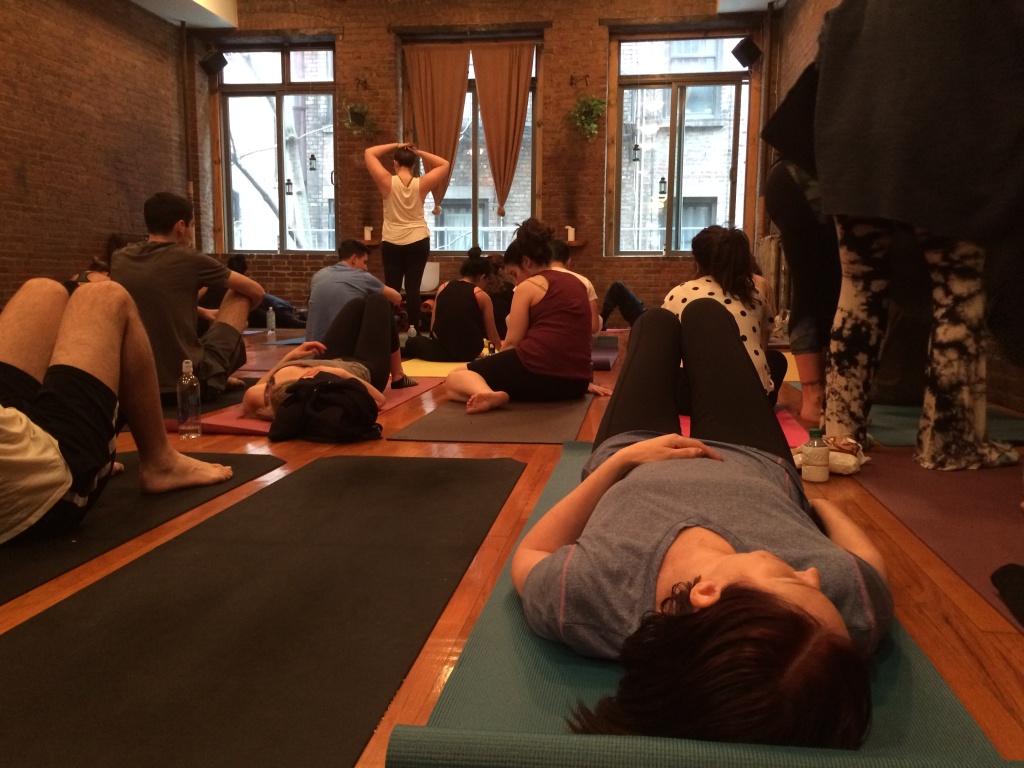 A studio that I discovered through some of my yoga research is Jivamukti.  This form of hatha yoga was founded by Sharon Gannon and David Life.  I saw some youtube videos of them and I was intrigued.  They have a studio in Union Square and I was very excited to try a class there.  I went to a Spiritual Warrior class.  When I arrived at the studio I was immediately very impressed with their large space including a shop, a vegan cafe, and large hallway lined with lockers.  I think there were 7 or 8 people in the class I took.  The class was somewhat fast moving, but we held the poses for several breaths, which I like.  The teacher was great and he did lots of hands on adjustments which I had missed.  I forgot how much deeper an adjustment can take you into a pose.  I usually don’t do bow pose because it bothers my knees, but I decided to do it because I felt like the teacher was near me and ready to adjust.  It was crazy how he lifted my legs up and it didn’t hurt my knees at all.  At the beginning and end of class the teacher played an accordion while we sang OM.  I really felt good after this class and I intend on going back while I’m here in the city.  I was ‘vibing hard’ with the Jivamukti.

The other place that I took a yoga class was at the 74th st Equinox.  My boyfriend is a member there and I am lucky that he has guest passes for me to use.  I took a vinyasa class and I adored the teacher.  She was super spunky and funny.  Her sequence was basic enough, but she offered more advanced options and had us hold poses for longer to gain strength.  She did hands on adjustments and she came around at the beginning of class and rubbed a nice herbal tingly lotion on our lower backs/necks.  She was seriously cracking me up the whole class.  She told me loved me at the end of class so I think we definitely bonded.  Not what I was expecting from a class at Equinox, but hey, yoga is yoga!  There are some amazing humans in the yoga community (in the regular community too, but ya know).  It’s nice to connect with people who live the same lifestyle as you. 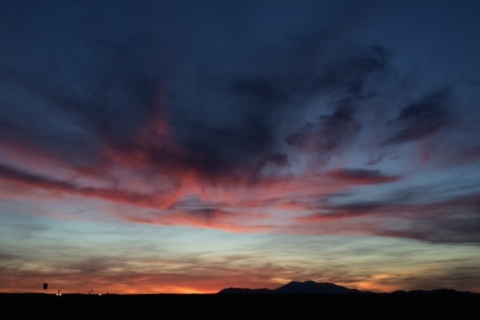 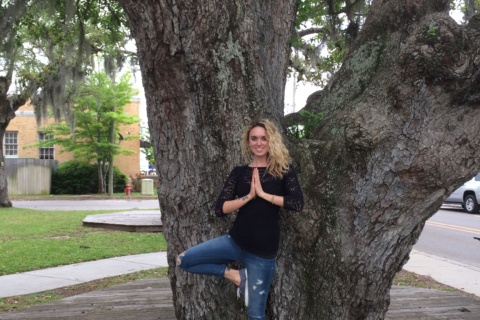 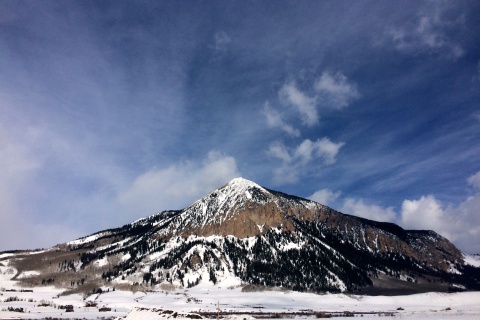 A Week in Crested Butte, CO

This error message is only visible to WordPress admins 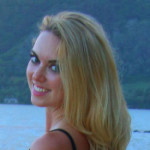 I grew up in a small farming town in Illinois. I always knew I was destined to travel and explore new places. I went to college in Philadelphia and got a degree in fashion. 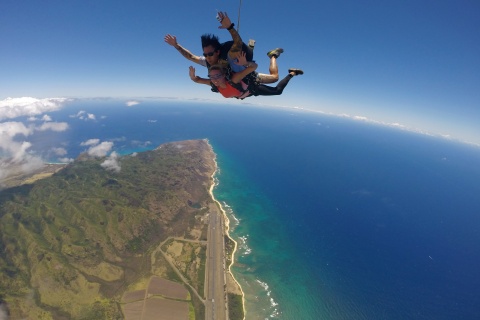 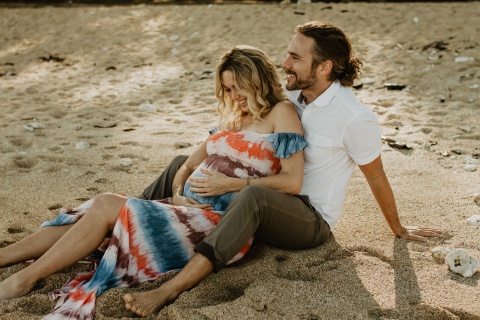